This was the first exhibition of Bonnard's drawings for Octave Mirbeau's 1908 Travelogue "La 628-e8" which coincided with the BBC Omnibus programme  "628-e8" on Bonnard, produced by Richard Nathanson. It was broadcast on November 16th 1978 and featured Bonnard's drawings with narrated extracts from Mirbeau's text

Bonnard, in 1906 and 1907, made over one hundred brush and Chinese ink drawings to illustrate Octave Mirbeau’s imaginative account of a series of journeys which he made in his 1904 four-cylinder Charron Girardot & Voigt (C.G.V). It is believed to be the first book about a motor car journey illustrated by a great artist. Mirbeau Chronicles his voyage as beginning in April 1905 “through a small part of France, Belgium, Holland and Germany and above all through a small part of myself.”

A newly discovered art treasure has about it a touch of magic. La 628-E8 is itself a rarity, having been published in 1908, by Fasquelle, in a limited edition of only 225 copies. This Collection of 106 drawing including two unpublished works “Departure” and “Balzac on his deathbed” comprises the complete set of illustrations for the book.

Major works on Bonnard, including the 1927 monograph by his nephew, Charles Terrasse, document Bonnard’s involvement in the book and reproduce drawings from it. They were taken, some folded, from Mirbeau’s handwritten copy, where interleaved they had remained hidden and in private ownership.

Bonnard and Mirbeau met in the offices of the famous Arts Journal La Revue Blanche published by Thadée Natanson. In the 23rd of January 1943 issue of Comoedia Bonnard recorded his friendship with Mirbeau... “I was very fond of Mirbeau, although we have completely different temperaments, even opposite I would say. Firstly I was involved in his account of a journey of the Low Countries. He had just purchased his first motor car, La 628-E8, and chose his number plate for the title, I made a whole series of drawings for the margins. This entertained me very much for I appreciated Mirbeau’s humour enormously. And the whole book is filled with it.”

Mirbeau (1848-1917) was one of the most interesting and unusual men of his day. He championed many causes, political, artistic and literary. In addition to his novels and plays he wrote exhibition introductions for the great artists of the period and formed a collection which included thirteen Cézannes. La 628-E8 has a sense of fantasy and feeling for the absurd, and reveals much about Mirbeau’s personality. And in its particular approach to the art of travel it represents a piece of motoring history.

Bonnard did not accompany Mirbeau on his more prolonged travels, but he was inspired by the spirit of Mirbeau’s account and by the trip he himself made in 1906 aboard Aimée, Misia Natanson’s luxury houseboat, along the waterways of Belgium and Holland and down the Rhine. Wherever he went, Bonnard recorded his impressions. He was also a fervent motor car enthusiast, and in 1911 acquired a 11 CV Renault which he drove in a more than unorthodox manner. In 1918 he bought a Ford model T and subsequently, a Lorraine-Dietrich.

The Chinese painter Ching Hao (900-960AD) in a note on brush work wrote “Resemblance reproduces the formal aspects of objects but neglects their spirit. Truth shows the spirit and substance in like perfection.” Bonnard’s drawings demonstrate his extraordinary control of the medium combined with a complete freedom of expression. They brilliantly illustrate Mirbeau’s text and provide a subtle foil to an often acerbic wit.

The book does not do them justice for they are reproduced in the margins, considerable reduced in size and frequently incomplete. No attempt was made visually to integrate illustration and text and if one considers Bonnard’s illustrations for Verlaine’s Parallélement published by Vollard in 1900, and among the outstanding illustrated books of this century, then La 628-E8 is not, in the true sense, an illustrated book. But it inspired a collection of drawings of major importance in Bonnard’s work. Remarkable in their humour and diversity of subject, and touching upon virtually every aspect of Bonnard’s work, they form through the spirit of the narrative, a unique entity.

The drawings Bonnard made with such enthusiasm and affection for Mirbeau underline the creative potential of a harmonious association between artist and author. An above all they offer a fresh insight into Bonnard’s quiet and gently genius. 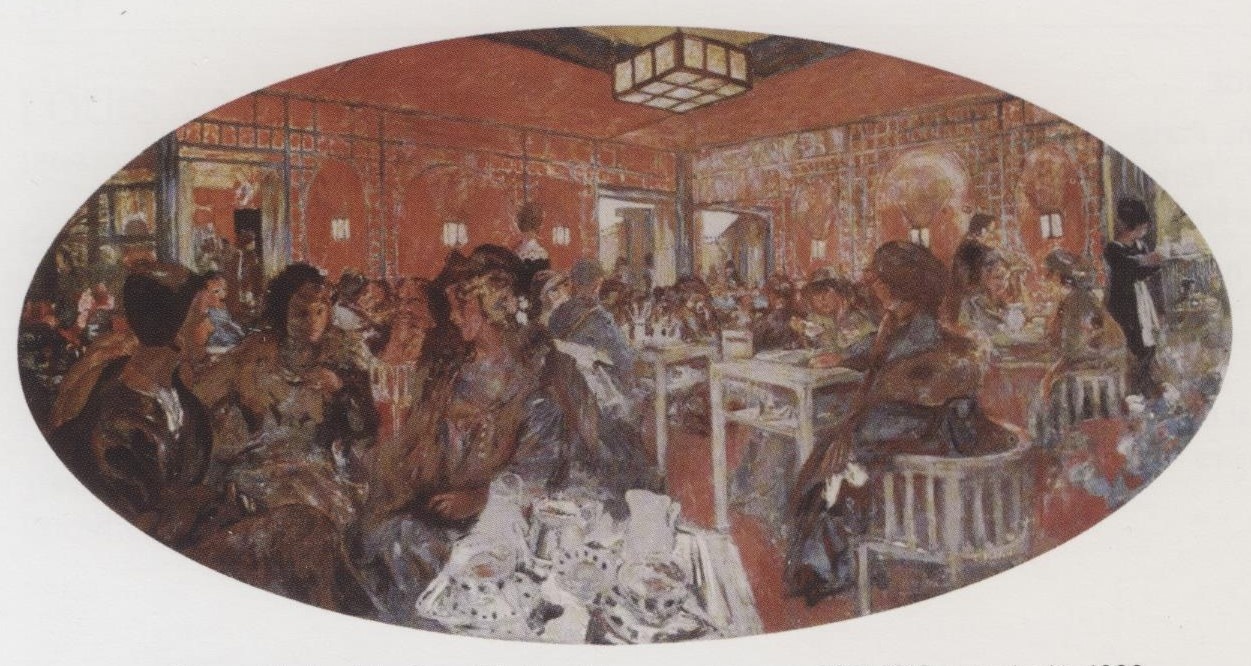