This very rare and beautiful drawing is the only 'Kneeling Caryatid' drawn with blue crayon that is reproduced in Noël Alexandre's The Unknown Modigliani. Unlike the numerous caryatid figures Modigliani drew whose faces are often of anonymous, often androgynous beings, this portrays a human face which is almost certainly, as the photographs below suggest, a most tender and loving portrait of Anna Akhmatova with her oval-shaped face, noted fringe and long, graceful body. Its choice for the cover of Intimations -Selected Poems by Anna Akhmatova is, with its lyrical pose and otherworldlyexpression, a tribute to this movingly evocative drawing.

Anna Akhmatova [1889-1966] considered, with Boris Pasternak and Osip Mandelstam, the greatest Russian poet of the twentieth century, met Modigliani in 1910 during her first visit to Paris, on honeymoon with her husband. She returned alone in May 1911 and they became very close.

Akhmatova's beauty and love of poetry captivated Modigliani. Her memoirs recall his obsession with Egyptian art. And that summer they repeatedly returned to the Egyptian gallery in the Louvre where the kneeling figure of 'Isis' [reproduced above] with its potent symbolism, appears to have inspired this drawing.

Ancient Egypt worshipped 'Isis' as the ideal mother and wife; and patroness of nature and magic, with special protecting and healing powers. 'Isis' meaning 'throne' was considered the friend of slaves, sinners, artisans and the downtrodden - attributes Modigliani would have valued and seen mirrored in Akhmatova's own poetic, mystical spirit and beauty. 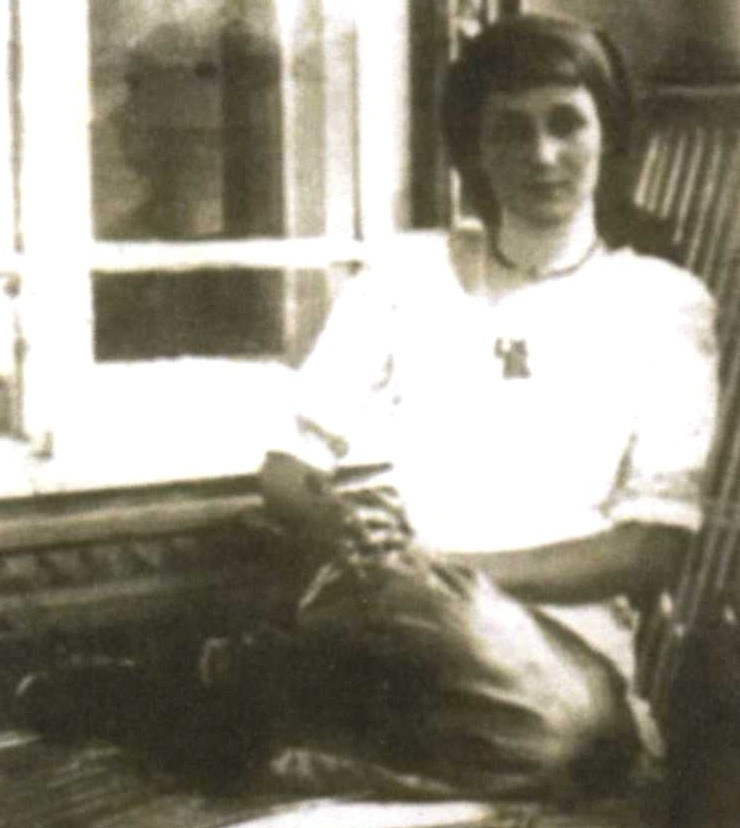 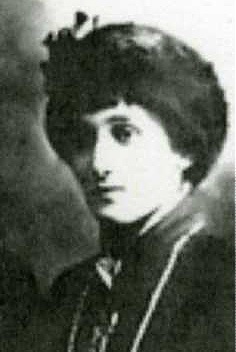 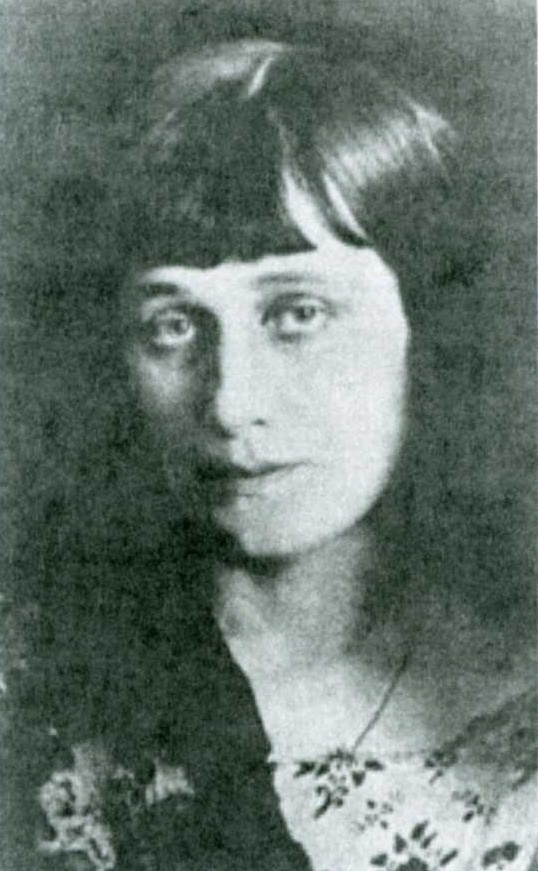 These photographs convey something of Akhmatova's dreamlike expression and gentle sadness so poignantly reflected in this drawing; and described by the artist Yuri Annenkov [1889-1974] whose drawing of Akhmatova was recently auctioned. He met her in late

1913 and describes the deep impression she made on him: No question, sadness was the most characteristic expression on Akhmatova's face, even when she smiled. It was this enchanting sadness that made her face so beautiful. Every time I saw her, heard her reading or spoke with her, I couldn't tear my eyes from her face - her eyes, her lips, the entire structure of her features was a symbol of her poetry.

In Akhmatova's Memoir on Modigliani [dated 1958-1965 and included in her recollections of Osip Mandelstamin Pages from a Diary] she recalls their love of poetry and each other; also Modigliani's passion for Egyptian art.

In 1910, I saw him very rarely, just a few times. But he wrote to me during the whole winter. I remember some sentences from his letters. One was: Vous êtes en moi comme une hantise (You are obsessively part of me).

He did not tell me that he was writing poems.He repeatedly said to me: On communique.. (We understand each other). And often: Il n'y a que vous pour réaliser cela. (Only you can make that happen).

We both probably failed to realise a crucial point: everything that was happening was for both of us but the prehistory of our lives - of his very short life, of my long life. Art had not yet ignited our passions, its all-consuming fire had not yet transformed us; it must have been the light and airy hour of dawn.

But the future, which announces its coming long before it arrives, was knocking at the window. It lurked behind the lanterns, invaded our dreams and took on the frightening form of Baudelaire's Paris which lay in wait somewhere in the vicinity. And Modigliani's divine attributes were still veiled. He had the head of Antinoos, and in his eyes was a golden gleam - he was unlike anyone in the world. I shall never forget his voice. He lived in dire poverty, and I don't know how he lived. He enjoyed no recognition whatsoever as a painter.

At that time (1911) he lived in the Impasse Falguière. He was so poor that in the Jardin du Luxembourg we sat on a bench and not, as was usual, on chairs since you had to pay for them. He complained neither about his poverty nor about the lack of recognition, both of

which were clearly apparent. Just once in 1911 he said that the previous winter had been so hard for him that he had been unable to think even of that which was dearest to him.

He used to rave about Egypt. At the Louvre he showed me the Egyptian collection and told me there was no point I see anything else 'tout le reste'.  He drew my head bedecked with the jewellery of Egyptian queens and dancers, and seemed totally overawed by the majesty of Egyptian art.

He seemed to me to be encircled by a girdle of loneliness. I cannot recall him ever greeting anyone in the Jardin du Luxembourg or the Latin Quarter even though everyone knew everyone else there. I never heard him mention the name of an acquaintance, a friend or a fellow painter, and I never heard him joke. I never once saw him drunk, and he never reeked of wine. He evidently did not begin drinking until later, although hashish had already cropped up in his stories. He did not appear to have a steady girlfriend as yet. He never recounted amorous episodes from the past (which everyone else did). He never discussed mundane matters with me. He was communicative, not on account of his domestic upbringing but rather because he was at his creative peak…..

Commenting on the Venus de Milo, he said that women with beautiful figures who were worth modelling or drawing always seemed unshapely when clothed. Whenever it rained

(it often rained in Paris) Modigliani took with him a huge old black umbrella. We would sit together under this umbrella on a bench in the Jardin du Luxembourg in the warm summer rain, while nearby slumbered le vieux palais à l'Italienne. We would jointly recite Verlaine, whom we knew by heart, and we were glad we shared the same interests….

We talked mostly about poems. We both knew a lot of French poetry: Verlaine, Laforgue, Mallarmé, Baudelaire. Later I met a painter who loved and understood poetry just as Modigliani did - Alexander Tyschler. That happens very rarely with painters.

He never recited Dante to me. Maybe because I still knew no Italian. Once he said to me: 'I have forgetten to tell you that I am Jewish'. He told me straight away that he had been born near Livorno and was twenty-four years old. (He was actually twenty-six). He told me he had been interested in aviators (today we say pilots) but was disappointed when he met one: they were simply sportsmen. (What did he expect?)….and all around us raged cubism, all-conquering but alien to Modigliani….

He did not draw me from life but alone at home. He gave me these drawings as a gift; there were sixteen of them. He asked me to frame them and to hang them in my room. They were lost in Tsarskoye Selo during the first revolution. The one that survived is less characteristic of his later nudes than the others.

It astonished me that Modigliani could find ugly people beautiful and stick by this opinion. I thought even then that he clearly saw the world through different eyes to ours. Everything that was fashionable in Paris and which attracted the most enthusiastic praise did not even come to Modigliani's attention.

Once when I went to call on Modigliani, he was out: we had apparently misunderstood one another so I decided to wait several minutes. I was clutching an armful of red roses. A window above the locked gates of the studio was open. Having nothing better to do, I began to toss the flowers in through the window. Then without waiting any longer, I left. When we met again, he was perplexed at how I had entered the locked room because he had the key. I explained what had happened, 'but that's impossible - they were lying there so beautifully'.

For a long time I thought I would never hear anything from him again……..but I was to hear a great deal of him……….'

In stating that Modigliani cared only for Egyptian art, Akhmatova unwittingly gives us a fascinating and touching insight into his absolute single-mindedness. For we know that he was inspired by diverse cultures and visited other museums. Akhmatova's imminent return to Russia; and Modigliani's obsessive need, during their few precious weeks together, to study her as frequently as possible among the Egyptian queens and goddesses, so he might more vividly portray her in their guise, seems the only possible explanation for her claim.

This drawing has a direct affinity with Modigliani's only 'Kneeling Caryatid' sculpture [reproduced above] in the Museum of Modern Art, New York. Also, given the oval shape and downward looking head, closed eyes and sweeping eyebrows, with the 'Seated Nude' c.1916 [reproduced below] in the Courtauld Institute collection, London. 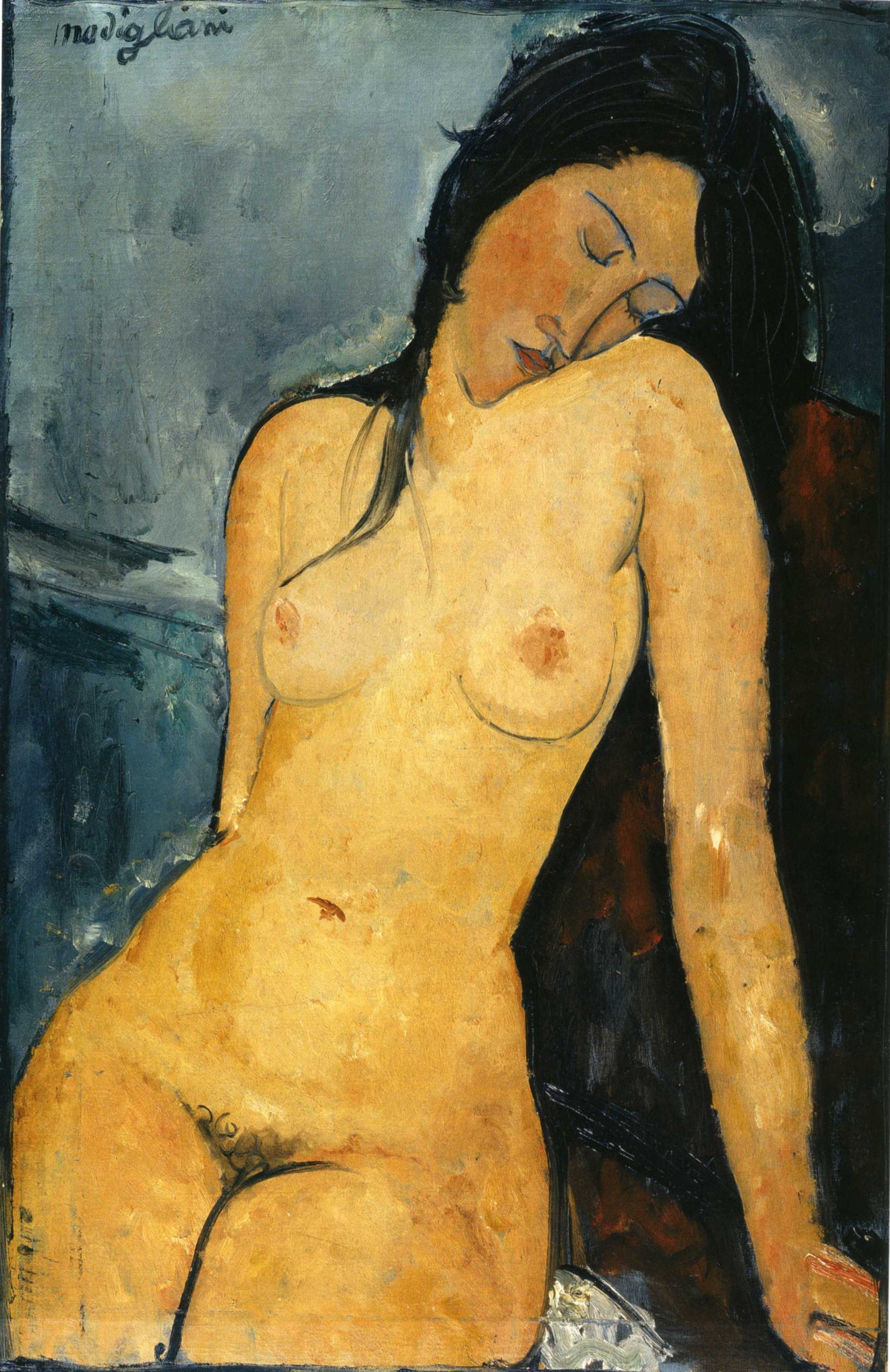 In his last post card to Paul Alexandre sent from Lucca on 6th May 1913, Modigliani wrote; Happiness is an Angel with a grave face…a fitting title for this work. Anna Akhmatova played a crucial role in Modigliani's art; and this tender, powerful drawing is a unique and moving tribute to her.