In sensual movement and physical energy, this drawing appears unique in Modigliani's work.

Modigliani met Akhmatova in the summer of 1910 on her honeymoon. She returned the following year, alone, to Paris. And they began an intense affair. Her poetic genius and extraordinary beauty had a profound affect on Modigliani. His sculpture - and the drawings relating to them - are filled with her presence.

Modigliani was also captivated by Akhmatova's nubile sensuality - a quality of which she was extremely proud.

'She was a sparkling water sprite, an avid wanderer on foot, climbed like a cat, and swam like a fish...Another feature that marked Akhmatova off from the others was her somnambulism, her moon-walking. On moonlit nights, a thin girl could be seen in a white nightdress walking along the roof of their house in her sleep.' 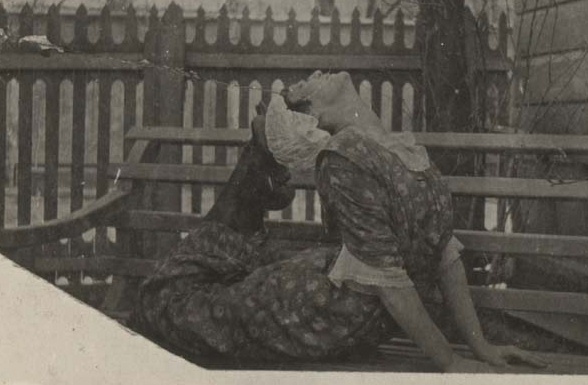 Courtesy of the Anna Akhmatova Museum

It is as 'Acrobat' that Modigliani chose, in this single instance, to portray Akhmatova's sensual athleticism. Her long, agile body. And her adored face, with its famous aquiline nose set characteristically amid a mass of hair. Her detached expression is of the dreamer her friend touchingly remembers. The above photograph was taken in 1916. And whilst Modigliani would not have seen it, Akhmatova would, given their relationship and the fact she was so proud of her athleticsm , have certainly demonstrated to him her physical suppleness.

It is fascinating how close, in posture and tension, this drawing is to the above photograph.  To our knowledge there exists no other Modigliani drawing with this particular pose and energy.

'She had a dancer's body. As an adolescent she was five foot eleven inches tall, and so lithe and supple that she could easily touch the nape of her neck when she lay prone.' 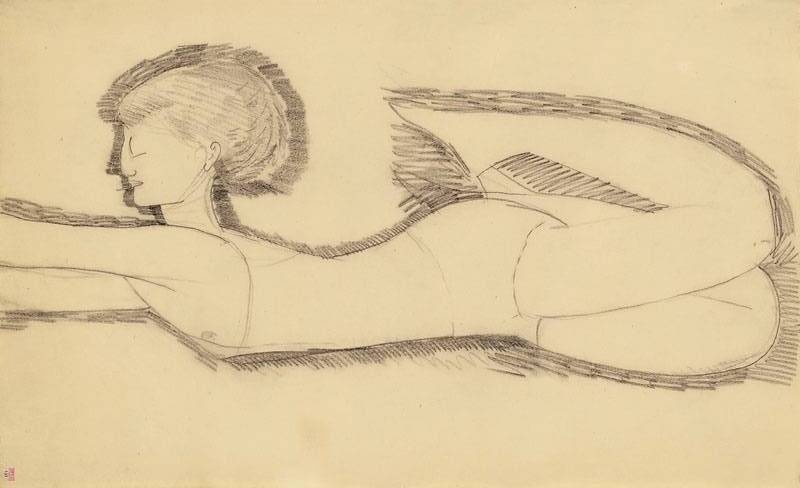 Viewed horizontally, this drawing relates to the twenty-two recorded 'Reclining Nudes' painted between 1916 and 1919 and recalls the elongated torso of 'The Great Nude' illustrated below. 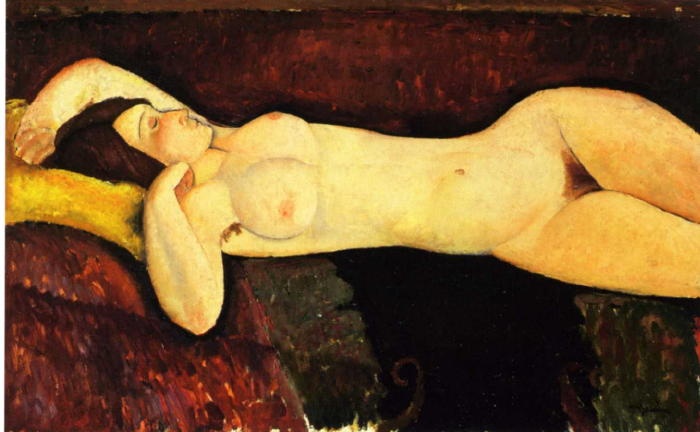 Akhmatova's figure and head, seen horizontally, have a sphinx-like quality and bring to mind Sreznevskaya's description of her 'climbing like a cat, and swimming like a fish'.